This topic has been deleted. Only users with topic management privileges can see it.
last edited by Phreeze 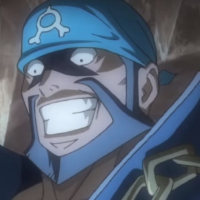 Phreeze
Mike had arrived home after a longer than usual school day. College work had been hard, and being how he was, the poor guy was late to all his classes this semester for the first time. Though, understandably so. The subtle clack of his cane as he hobbled inside his parents' home signaled the arrival of his mom's cat. The black-and-white-splotched, four legged critter yowled as loud as she could, getting his attention. "Sorry, Doll. Can't pet you right now... Gimme a sec." To which he received further protest. VoodooMan, none the wiser, laughed to such a display. "Baby, I think your friend's a little tired. Go find mom again, Mike'll be with you." To this request, only more meows echoed. Mike shakes his head.

Proceeding to the stairs, and sitting down on that gliding chair, Mike lets the personal elevator carry him up the steps slowly. He sits patiently, waiting, tapping his fingers on the arm rest, to which the cat follows him up, hopping up the stairs one at a time, to continue her protest of feline mystery. The poor thing needed love, so it seemed. Mike, now at the top of the flight of stairs, sits up and braces his cane down against the ground again, to hobble into his room. Neat and orderly, just as he'd left it today. Not that he made much of a mess anyways, his condition didn't quite permit it. As soon as his fanny met the chair, Mike took that prosthetic leg off, leaving his stump to rest. He draws the long cord out of his pet and links to the jack-in port. "Ready, Voo?" "Born ready, baby." Doll, that little cat following along, leaps into Mike's lap to curl up. The usual ritual. "Doll wants in." Mike joked, cracking a grin as he let his fingers scritch just behind the ears of the cat, allowing VoodooMan to enter the Net.