This topic has been deleted. Only users with topic management privileges can see it.
last edited by Church 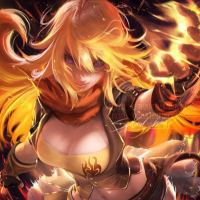 Church
Sarah lived in a small apartment in ACDC town. It wasn't too terribly small. In fact, she enjoyed how small her apartment was. The only real problem was that she had neighbors. But then, it would be rather suspicious if she didn't. At 5:00 AM, every morning, much like clockwork, Pyro would wake her up. By 5:30 AM, Sarah was on her way out the door with her PET, a water bottle, and a towel. Her route was a rather arduous one. She was working her way towards being able to run ten laps around town by 7:00 AM. Upon reaching the park the first time, she didn't see anything of note. But, that was to be expected. Who would expect anyone to be up at such a time? After a few more minutes, a pinging sound emitted from her PET. Stoping to take a breather, Sarah opened her pet, to see Pyro smiling back at her.

"You know, I almost forgot how great the view is at this time of day." Pyro had taken to making such comments about Sarah recently, not that it bothered Sarah.

"So, what's up? I'm assuming you didn't get my attention just for that." Sarah sat on a bus bench while waiting for Pyro to continue.

"Well, it's just that Halloween is coming up, and you don't seem to have a costume, or any plans for that day. I find that a bit troubling. I mean, you could at least go hang out with some people your own age, like at a bar or something."

This was a rather troubling habit that Pyro had, and one that always ended up upsetting Sarah. "You're not my mom! Stop acting like it!"

"Maybe i wouldn't have to, if you actually got out there and met someone, or at least tried to. I mean, with all the effort you put into keeping up your appearance, what's wrong with expending just a little more by trying to meet a cute girl?"

"You mean other than them possibly finding out about our past? No thank you."

Pyro was abruptly cut off as Sarah closed her PET, and continued her run, while choosing to ignore the angry tones coming from it. When Sarah finished her run, it was 10:00 AM. After returning home, and showering, she checked the calendar. It was Saturday, one of her days off. Since she didn't have anything better to do, she jacked her PET into her PC.

"Alright Pyro, I got my exercise. Now, it's time for you to get yours."
Reply Quote Edit
Loading More Posts
1
Posts
549
Views
Reply
Locked